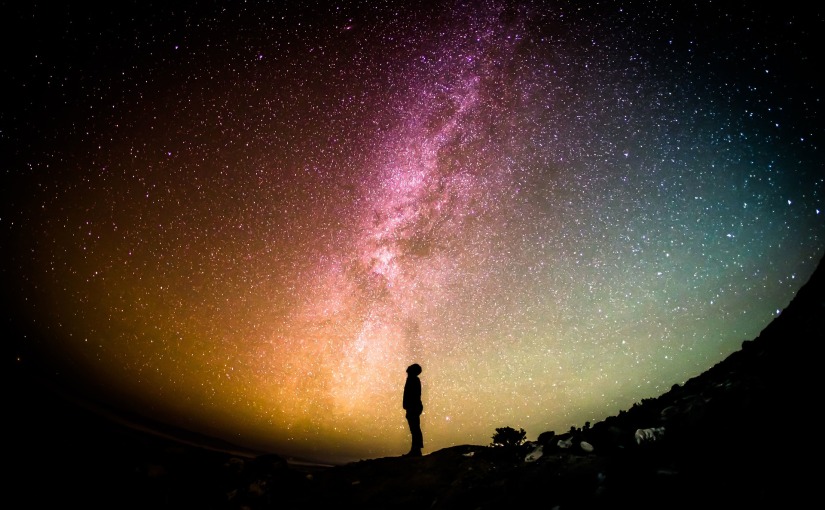 There is a reason the question, “What is the meaning of life” has been around since we could perceive our own time and existence – it’s essential to the driving force that keeps us moving forward, purpose. People have perished, their minds withered to self-flagellation over the pursuit of the meaning of life. People cannot enjoy the now, without consistently returning to the question, what’s the point of it? What’s the end goal? Where’s it leading to, and what will tomorrow bring as a result?

“What good is today, if there is no tomorrow?”

But the fact of the matter is, the question itself is inherently flawed because it assumes we are basic creatures, that any one of us is required to be remotely similar to another, or that we are confined and constrained to order and discipline – when in fact, we can do whatever we God damn feel like, as long as we possess the will to do so. It is basic science that some of the primitive drives that define life, are a need to consume, and a need to reproduce. These are literally two of the seven common concepts that an organism must exhibit in order to be classed as life – and yet we have all known people who have no desire to have children, or have known people who have suffered great anguish in midst of a hunger strike, to support something they wholeheartedly believe in. We are no longer even required to abide by basic laws of biology, because we have the capacity to protest it.

It seems then, that once consciousness can perceive itself, and perceive what it means to be itself, as long as it possesses the ability to alter this, it can be anything it wishes to be. And so life, becomes a little blurry, especially to the individual whom despite being surrounded by many lives, will only ever experience one perspective, one life.

There is a reason the question has been around since the dawn of our time and yet remains unanswered. The question, what is the meaning of life, is flawed, because it assumes life is a constant. When in fact, life, can be whatever you believe it to be. There can be life in a painting, or in a glass of wine, or a good book. There can be life in a dance, or a memory, or in the beat of a drum. And yet simultaneously, life is the here and now. It’s the flora and fauna as far as we can see in stretches touched and untouched by the Sun, and further out lights of the universe.

Instead, rather than asking yourself a fundamentally unanswerable question, it may be better to consider rather, what is YOUR meaning of life? Perhaps with that you may reach a consensus in your mind as to, what is the meaning of YOUR life?

While the questions sound the same, and are similar in syntax, they probably require a second read to even see there is a difference; they are very different indeed.

The important distinguishment being:

You must not look for an answer, what lies beyond that which you care about. First ask yourself what you wholeheartedly believe in as a human being, and use that to create your own meaning of life as a whole, and then decide in which way you will play your part towards it. To assume you are some kind of omnipotent being that can simultaneously be the meaning of life, and fulfill it in whole, is really rather hubris.

So, perhaps you come to the conclusion you just care about “Good”. An idea of “Good” or “The Greater Good.” Well not that your meaning of life needs defined by a set definition, but that would come under Aristotelianism. You could then decide the meaning of your life is to disparage iniquity and greed, and redistribute wealth among your community/country to be more equal and fair. Perhaps this does not interest you at all, and you feel you must simply do your bit to get by, that you are required to just do your bit and play your part. Well this could come under Kantianism or Confucianism, “Do as you’d have others do” and “Live an ordinary life” respectively. You could then decide to get an ordinary job, and raise a family, same as many others have before. Perhaps you believe there is no true meaning, and you should do whatever the hell you god damn feel like, this could come under Nihilism, Absurdism, or Cyrenaicism. Perhaps you wish to believe in god, and higher powers; Theism. Or perhaps simply and nobly, “Learn more.”; Platonism. You could then dedicate your life to becoming an accomplished scientist, or a literary scholar.

The irony being that while this is article is an attempt to be impartial, I am approaching this particular topic with Logical Positivism, an idea that “Life has no meaning, until you assign it one”. But I believe it an insurmountable truth, as there is no other who may give you an answer. They may steer you towards one, but ultimately you must choose it.

Then again, I also approach my own life with a mix of Aristotelianism, Platonism, Logical Positivism, Stoicism, Classical Liberalism, and the idea that you are under no obligation to be the same person you were five minutes ago – so the guide by which we follow and the path in which we have defined can equally be changed any any given time for any given reason should we ever decide we don’t like it.

The fundamental point being – stop looking for the meaning of life. Stop looking for tomorrow. Life is that which you define it to be, because you are an intelligent creature, in an extremely intelligent universe, of which you are part of and simultaneously the same as. If you wish to find the meaning of life, you must first create it in one’s own mind. An idea in the mind, is worth more than all the treasures on Earth.