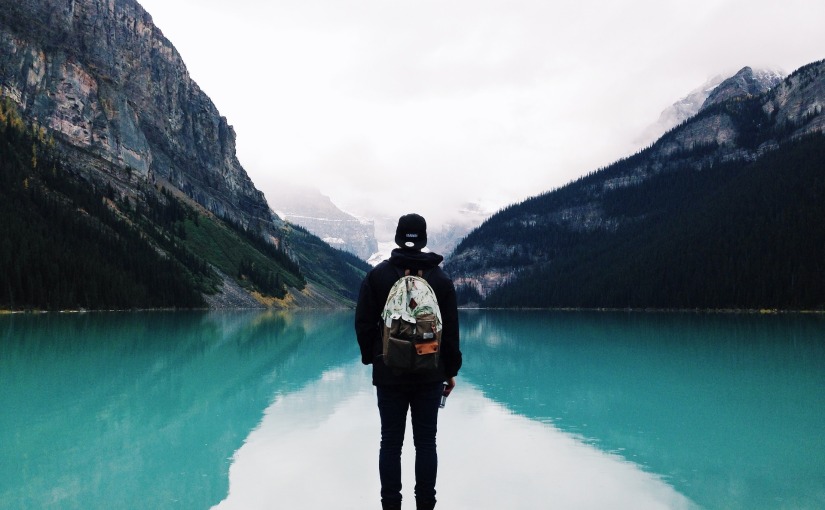 Isn’t it so interesting, that of the people we are kind to; often ourselves is not one of them?

How often, would you say that you can look at the accomplishments of others, and revere in astonishment, and yet upon self-reflection, you appear to see nothing to remark on the path behind you?

Even when others praise your accomplishments – or perhaps even simply your character – still there is a fog of doubt which seems to rarely clear. And so although you have done so many things, and many things right, it would appear to you that you have done nothing at all.

Perhaps next time you look at the person staring at you behind the glass, you should see them as others do; without the filter of you.

It is okay, to disagree.

It is okay to like someone, but have aspects of their life which do not cohere to aspects of yours.

Imagine a kaleidoscope, with a near infinite number of fragments, which with a single near infinitely small turn will change the outcome of the projection it gives. The chances that any two people land on the exact same image and their views align, becomes quantum; but that doesn’t mean they can’t both enjoy each others pretty patterns.

It can be a struggle, at times – usually because of an error in how one might perceive what it means to disagree. Disagreeing, does not mean you dislike the person whom you are disagreeing with, and vise versa it does not mean they have an aversion to you. It simply means both of your opinions do not align, at this one point in time. And as you know, your thoughts, loves, hates, passions, and ambitions change almost daily. Maybe a turn of the kaleidoscope in the future may bring you closer, or further away, anyway. But for now they do not work out. It is not so severe an obstacle to friendship or more than you might believe it to be.

You’ll find that it would be an awfully lonely world to be friends with someone only like you. For you are unique; in many ways you may not fully realise.

What’s more – is that if you in any way respect yourself, you will understand that with while perfection is an unattainable goal, you should still be striving to improve yourself. Always. And if you believe you can achieve this, without learning – you are undoubtedly still a fool. You may not always be – but for now if you believe you can improve without lessons taught, without experiment, and without others, then you are losing out on life. You’re doing yourself a great injustice.

Equally, to disagree with a loved one, ultimately is to show them respect. You respect them enough to say, “I’m not agreeing with you, just so you stop talking. I disagree with you because I think you could make a better decision in this moment. You could think better thoughts, and if not, and I could be better, I want you to teach me.”

So… disagree. Surround yourself with people who agree with you in your entirety, or that you believe yourself to be “better” than, then you will remain stagnant, and utterly extremist. If there is only one “truth” being spoke around you, you will believe it to be so.

Regardless, let me know your opinions. Disagree with me. I’ll love you anyway.

Your memory is the rationality, by which your reason is based upon.

Everything that you are; is a result of that which you have experienced up to this point in your life. Perhaps you are not a trusting person, because at no point have you ever been provided with a reason to trust someone. Perhaps that trust always been broken in heart-aching ways; unfaithful partners, unloving parents, gossiping friends – and so as a result, you have no reasonable discourse for attempting to form a bond of trust with anyone.

Equally, perhaps you are a very trusting person because of these things happening to you, and so you understand how important trust is to you in your life, and will only surround yourself with people whom you feel will share a similar passion for loyalty and integrity.

To say which of these you would become if similar things happened to you is trying; because these decisions too are based on some rationality from all your previous decisions and experiences, and so on.

No one, just is. There is no whole without the sum of the parts which form it.

You can use this as a way to empathise with others, whom you believe harbour difficult to understand or difficult to agree with opinions. Perhaps someone maintains particularly racist, or homophobic views – it may be because their entire childhood consisted of expression of opinions of an old generation, whom had opinions that were based on misconceptions, fear, ignorance, or a lack of education. Perhaps, instead, they wrongfully correlated a problem in society to a particular niche of people, just by simple human error, rather than maliciousness. Perhaps a misinterpretation of data, or a personal experience which skewed their thinking.

It does not necessarily mean the person who believes these things is bad, or wishes bad upon people who fall under one of these scopes, but just that they lack an education on why those thoughts and feelings are either objectively incorrect, or subjectively harmful to a larger, peace-driven society.

Perhaps if you take time to educate people, you will remove the aforementioned ignorance – rather than getting yourself hot and bothered and into a shouting match with someone, normally behind a keyboard. If someone shouts “Fatty!” to someone from a car, it has never convinced them to lose weight, it has only darkened their day. So don’t be that kind of person.

Remember, everything that has ever happened, has happened as a result of the events that came before it. The spark began the fire, the rock begat the mountain. Just do not assume that every rock you find, means that one day a mountain will form in its stead. Equally do not decide that it could not. memories can be difficult; keep them. Somewhere. In the back of your mind. From time to time revisit them. While there are memories that sometimes you may wish could disappear, they won’t. They did happen, and they brought about you that you are today. They will be in the you that you are tomorrow. So instead, think what effect a time passed might have had on you.

Maybe you snap too quickly at people, and you can find why that may be, and begin to deal with it. Perhaps you’re not as romantic to your partner as you once were, so remind yourself of why you fell in love with them, and reunite with romance.

Most importantly, begin making new memories. Positive ones. Experiences that help you to grow, to learn, to be passionate, and to love; so that in time, when you look reflectively at yourself, this will be your point of rationale. If we are what we do habitually, make it so. If you’re lucky, at some point on an idle Sunday, you will reflect on yourself and see that you have become that person you tried so hard to be, by doing.

That everything you did, in what will then be called your past, was positive – because you made a conscious effort to take the baby steps that would form you into the person you become.

Because if you’re trying to unlock who you really are; memory is the key.