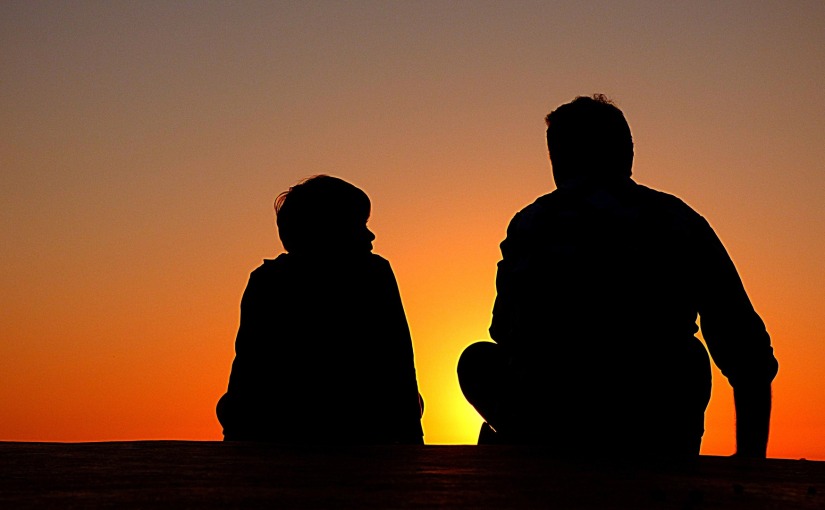 “You know what I meant.”

No, I think I know what you meant. It is very rare that you will converse with a person and they will understand exactly what you trying to convey to them. More than likely, they will get a rough estimation of what you’re saying, and even get very close to understanding to what you said verbatim – but if they pass on this information, it will be tarnished with the brush of their own perspective and their own understanding. Like a grand game of Chinese Whispers, it will be lost. Unfortunately, as your words are bound and punished by the words you did not say, someone can always infer, and apply a different meaning to that which you said. At least in it’s true sense of what was meant when you said it.

It is why you must think carefully about the words you choose to describe what you’re trying to explain, for it reduces the chances that it will be so blatantly different at varying degrees of the future. You should never have to say the words, “You know what I meant” for most likely that person took interest, and was looking for clarification.

That clarification and classification of an idea is perhaps the single most important explanation you will ever give, because an idea is the only thing in our lives that transcends time. Words do not transcend time, but an idea does.  It’s why it’s so important not to become so recluse. You must express everything that you have, everything that is core and important to you, because once an idea is seeded, it dies only with the last person who heard of it. It is equally why the great never die, because as long as someone remembers them, they are gone only in body, not in mind or effect.

An idea can be dangerous, all of the most extremist people you know of are founded on the basis of someone’s idea, someone who chose to vocalise their opinion despite being in the minority at the time. They could infer from text, either because it was written poorly or mistranslated  or they applied their own meaning to it. Whenever we feel we cannot express an idea, we must remember this – the iniquitous of the world do not get a night off, so neither do we. But rather than extremism, we must explore creativity, knowledge, expression, kindness, what it means to be one with nature. These things will bring us happiness, and can bring others happiness, not by force, but by education.

As people misinterpret the text, and yet feel so innately attuned to it, they will commit to that which no one ever wanted until they had perceived it to be as such. You could wager that no belief or religion ever founded was intended to create hurt, but instead create or define purpose – however a misinterpretation in the meaning of the text, and translations over the years, resulted in many people being hurt and killed in the name of atonement. In the name of the idea spoken or written, but not intended.

As you choose to express yourself to the world and to others, you must find out that which you mean to say, and then choose the words deliberately in such a way that you see it. An idea is a thought, and to translate it to a language is more difficult that you can imagine.

This is where we require the poets, the writers and the philosophers. The job of these people is to find the detail, the beauty in the things which go unnoticed. That which goes unsaid. Think – we walk everyday of our lives. Yet it is those who think of these things, that notice we are falling and catching ourselves every time that we do. There is beauty in this when we discuss how we can ever pick ourselves up again after a fall. We already do it everyday. While this is a rather outlandish example, the principle remains the same. There is beauty in the idea, in reality, and the correct words to which you express it.

There are millions of words and syntaxes from which we can choose, and to misuse our languages, to say “very good” – is pure Newspeak. We should not add a plus to the beginning of a word, or the minus to it, or at least we should try our hardest not to, for there are so many other beautiful words which will describe it more eloquently and succinctly – You see a man sitting in a room by himself with a TV on in the centre, he’s smiling. Is he happy? Or is he content? Because there is a distinction. And while to be content means to be free, it is important to note that one can be content but not necessarily happy. Equally, you may tell someone that you are sad, but are you melancholy, or have you been devastated by a loss? The distinction will prove more beneficial to you in the long run, this you can be assured.

The distinction of words and ideas are essential to the growth of our cultures, and ourselves as human beings. It is our responsibility as a species. To write, to imagine, to inspire, and to wonder, would be a most beautiful life.

“There is nothing outside of the text.”

Do you know what I mean?